Over four decades Peter Lantos published over 500 scientific articles, as well as written and edited medical textbooks. In England he started his academic career at the Middlesex Hospital Medical School in London, as research worker and obtained his PhD on brain tumours in 1973 and DSc in 1992. He was appointed Consultant in 1976 at the Middlesex Hospital, and Professor to the prestigious chair of neuropathology (a branch of clinical neuroscience) at the Institute of Psychiatry/Maudsley Hospital, London in 1979. 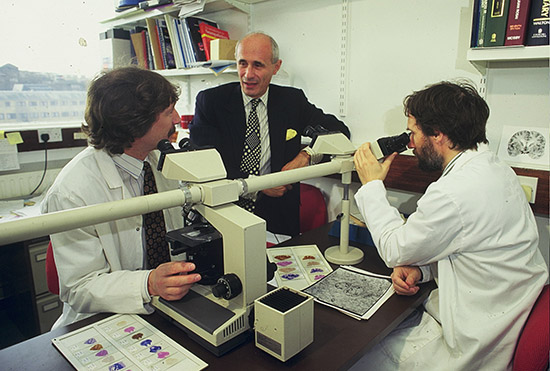 Peter Lantos with colleagues in the laboratory.

He has contributed to the understanding of the so-called neurodegenerative diseases, including Alzheimer’s disease and other dementias. In a severe, progressive parkinsonian-type neurological disease, the diagnostic hallmark is now known as Papp-Lantos inclusion in the brain. As an acknowledgment of his achievements in research, he was elected Fellow of the Academy of Medical Sciences. He is a trustee of Alzheimer’s Research UK and the Psychiatry Research Trust. 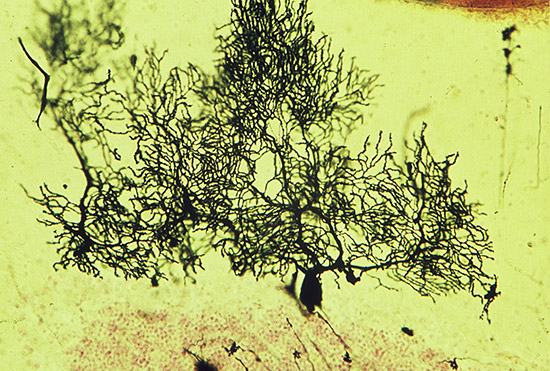 The tree of life: a single nerve cell in the brain. 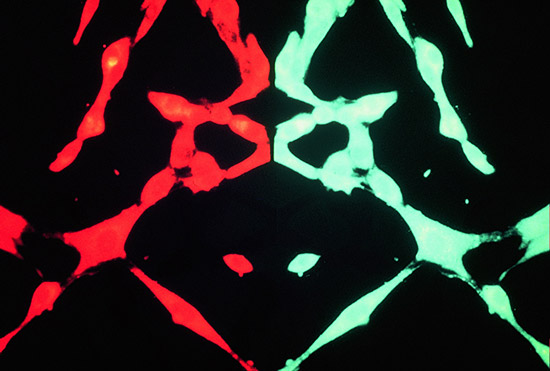 After he retired, he wrote Parallel Lines, published by Arcadia Books London in 2006. Parallel Lines has received universally favourable reviews and reached three editions. In 2009 it was translated into Hungarian. His first novel, Closed Horizon, was published in May 2012, also by
Arcadia Books, London. In 2018 he published a collection of three plays, Stolen Lives.

Medical doctors, Anton Chekhov, Somerset Maugham and Arthur Conan Doyle, just to name a few, have been known to change from writing prescriptions to writing novels and plays. Daunted but encouraged, it is in this spirit that Peter Lantos at a late stage in his life has picked up his pen.