The year is 2040. Mark Chadwick is a brilliant psychiatrist who is on the verge of a major scientific breakthrough. By combining functional imaging of the brain with computer technology, he can not only predict intentions but also decode human thought processes... 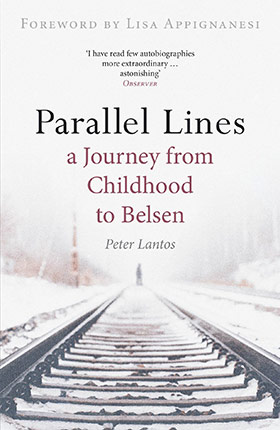 This is a story of a young boy's journey from a sleepy provincial town in Hungary during the Second World War to the concentration camp in Bergen-Belsen.

Unlike other books dealing with this period, this is not a Holocaust story, but a child's recollection of a journey full of surprise, excitement, bereavement and terror…

By the age of 30, Peter Lantos had survived Bergen-Belsen concentration camp, was beaten by the Communist police in Hungary, qualified in medicine, defected to England, sentenced to imprisonment for this “crime” in his absence and had established a career in academic medicine in London. And this was only the beginning. Read more about Peter.

After retirement, it was his childhood experiences which gave him the impetus to write Parallel Lines, published in 2006 by Arcadia Books London, reprinted in 2007 and translated into Hungarian, German and Italian. The book has attracted unanimously favourable reviews, and Alan Sillitoe described it as “something of a genius with the readability of a classic.” It has been reprinted again with a new cover and a Foreword by Lisa Appignanesi in February 2014, and featured both on BBC Radio and Television.

His first novel, Closed Horizon, is a vision of the near future in the Republic of Great Britain, where conflicts between individuals and the Surveillance State create complex moral dilemmas. It is a story of loyalty and betrayal, guilt and forgiveness, blackmail and courage. In the words of Baroness Helena Kennedy QC: “A brilliant and terrifying novel about the fragility of freedom.”

Peter Lantos has published a trilogy of plays, Stolen Lives (2018). All three have turning points in recent Hungarian history: the Holocaust, the 1956 Revolution and the collapse of Communism in 1989. The common theme linking the three dramas is the irreconcilable antagonism between vulnerable individuals and ruthless dictatorships, fuelled by toxic ideologies. 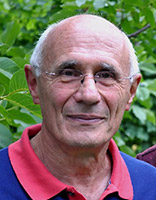